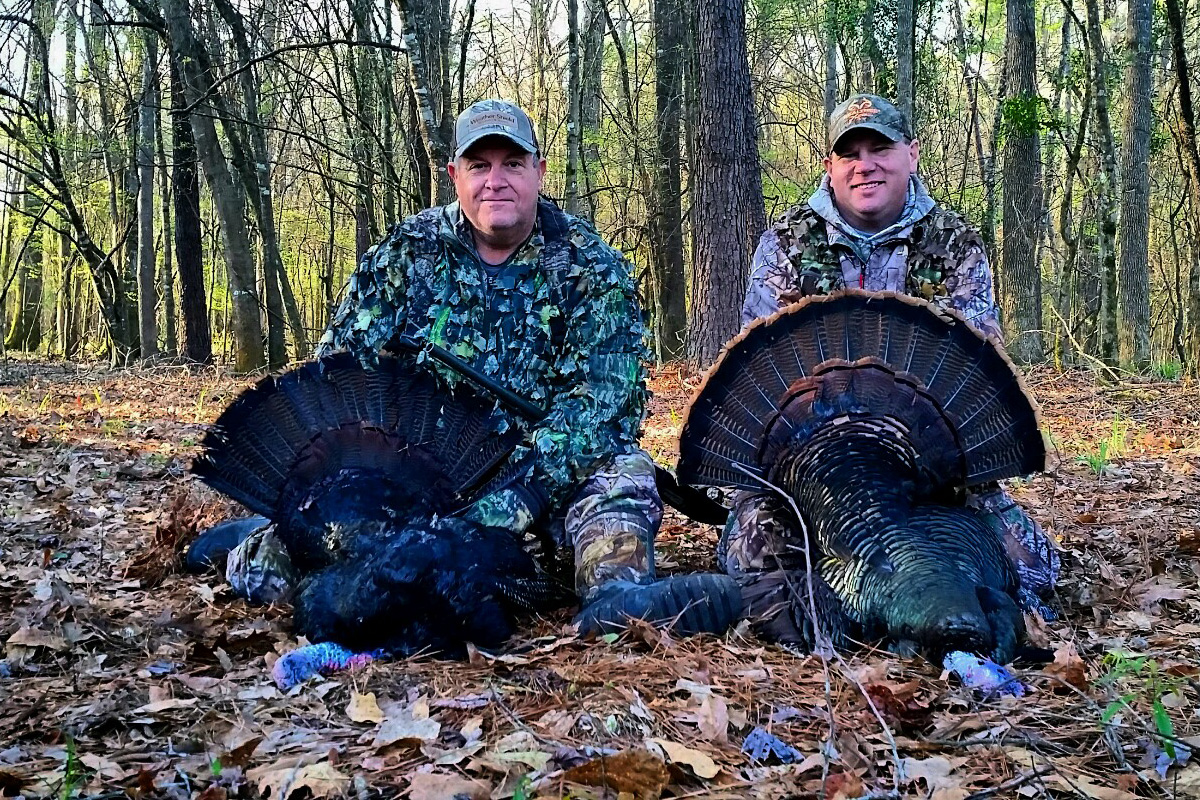 Turkey season here in Alabama started on March 15th this year but due to our busy lives and schedules these days I didn’t get a chance to get in the woods till about five days after the season came in. My wife and I went down to the farm to fish the last hour or so of the afternoon on the 18th and on our way out we stopped to see if we could hear a bird gobble. We did better than that and saw four birds crossing the road and flying up to roost. So, with that information, I told my father in law David that I would pick him up the next morning because we needed to try those birds.

They were fired up the next morning and gobbled the minute we got out of the truck. We got setup in a little opening on the edge of the woods and called a few times. There were birds gobbling all out in front of us but there was also several hens with them too. We messed with them until right after the sun came up and then just got quiet to see where they would go. Just so happened that one of the hens came back towards our direction and went right by us. The gobblers fired off about 80 yards and we knew they were heading towards our setup. They tried to go around us but I called a little and turned the hens towards us and they went through the opening at about 25 yards. The gobblers circled around and came up right behind them and stayed a little further out but they were still in range. David couldn’t get a shot at first but I told him I had a shot and he said to let him have it. When I shot, the bird started flopping and the others just kinda stood around and that’s when the fun started. David picked out one of the others and shot it but didn’t put it down for good. So after a mad dash towards the bird and a big tumble over a low strand of fencing he didn’t see, he was able to finish the bird off and we had our first ever double.

It was an awesome morning with a great guy that resulted in two good birds taking a ride back to the house with us. All our hunts don’t go according to the script so when it all works out like that it makes it that much sweeter. It’s especially awesome when you get to spend the time in the woods with your family and friends. 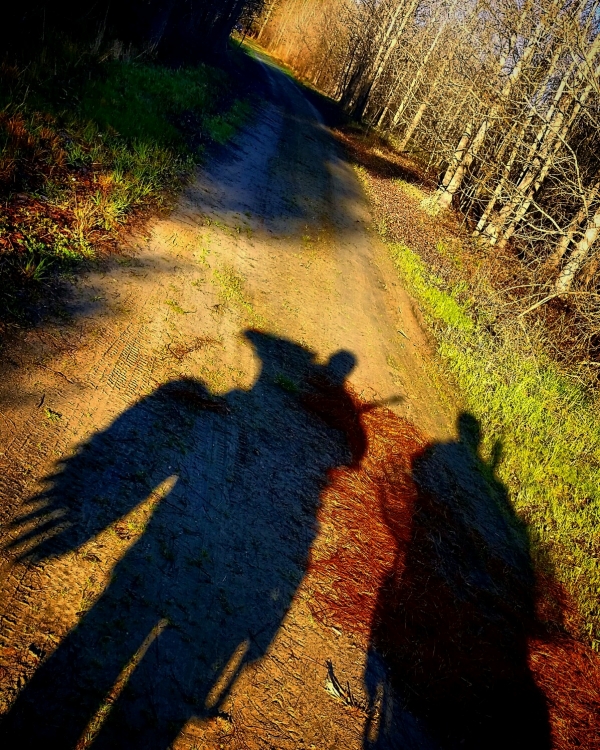 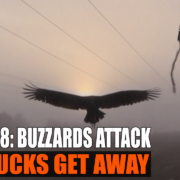 VIDEO: Setting Up the Elite Option 6 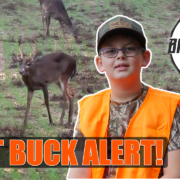 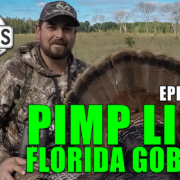 Want to join the discussion?
Feel free to contribute!

This site uses Akismet to reduce spam. Learn how your comment data is processed.

VIDEO: Florida Swing and a Miss!

VIDEO: Forgot To Load The Gun!
Scroll to top